Who is the Nevada SAR?

The SAR is a historical, educational, and patriotic non-profit, United States 501(c)3, corporation that seeks to maintain and extend:
The institutions of American freedom
An appreciation for true patriotism
A respect for our national symbols
The value of American citizenship
The unifying force of e pluribus unum that has created, from the people of many nations, one nation and one people.
We do this by perpetuating the stories of patriotism, courage, sacrifice, tragedy, and triumph of the men who achieved the independence of the American people in the belief that these stories are universal ones of man's eternal struggle against tyranny, relevant to all time, and will inspire and strengthen each succeeding generation as it too is called upon to defend our freedoms on the battlefield and in our public institutions.

Any man shall be eligible for membership in this Society who, being of the age of eighteen years or over and a citizen of good repute in the community, is the lineal descendant of an ancestor who was at all times unfailing in loyalty to, and rendered active service in, the cause of American independence. 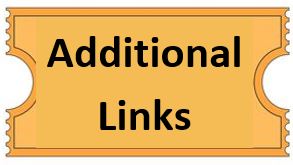 The Sons of the American Revolution is the leading male lineage society that perpetuates the ideals of the war for independence.

The Nevada State Society consists of twelve DAR chapters located around our great state. With more than 500 members statewide, the DAR in Nevada actively supports our communities through many volunteer hours each year in support of the NSDAR motto.

The Nevada State Society of the Children of the American Revolution follows the National Society philosophy in: training good citizens, developing leaders and promoting love of the United States of America and its heritage among young people. There are two CAR chapters located throughout Nevada.